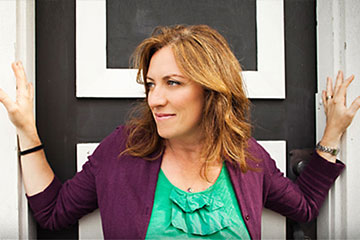 Wendy MacIsaac is a renowned fiddler from Cape Breton who has been playing music for more than 30 years. She is recognized as one of the “old school” style of players who has kept the traditional sound going and has a deep respect for it. Wendy is also a sought after piano accompanist and step dancer. Besides performing as a solo artist, Wendy records and tours in a critically acclaimed and award-winning band with Mary Jane Lamond and Cathy Porter. She is a founding member of Beólach, and has also performed with The Cape Breton Summertime Revue, Capercaillie, The Chieftains, Ashley MacIsaac, and toured with Heather Rankin and The Rankin Sisters. Wendy has recorded on more than 20 albums (including four of her own, two with Beólach, and one with her and Mary Jane), and is in high demand for her skills at teaching the Cape Breton style of fiddling.