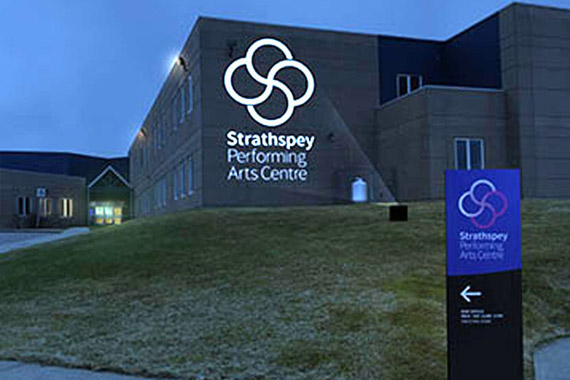 Enriching performances of music, dance, and folklore, Strathspey Place is a 491-soft-seat theatre with state of the art sound and lighting, located on the Ceilidh Trail nestled among the rolling hills of Cape Breton Island. This area was settled some 300 years ago by emigrants from Scotland who brought their music, their dance, and their ancient language, known locally as “The Gaelic”, to the region. The descendants of these original Highland settlers have kept the culture alive and still speak the authentic Scottish Gaelic of their ancestors.

Each year there are approximately 40 events held at the theatre that is housed in the Allan J. MacEachen International Academic and Cultural Centre, along with Dalbrae Academy. Performances at the theatre are quite diverse, with a stronger demand for Atlantic Canadian music as well as local talent. Special shows can be provided with a local flavour for large groups, with advance notice.

Home of The Rankin Family; Strathspey Place presents live music concerts, live theatre and many more events throughout the year!